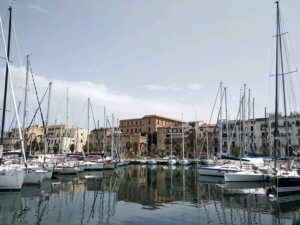 Strolling around the roads of this amazing and so contradictory city, you cannot help thinking it’s past! Palermo is 2.700 years old with a long history of trade, battles, and success. The city was founded in 734 BC by the Phoenicians as Ziz(‘flower’). The Greeks named the city Panormus meaning ‘complete port’. From 831 to 1072 the city was under Arab rule during the Emirate of Sicily when the city first became a capital. The Arabs shifted the Greek name into Bal’harm (Arabic: بَلَرْم‎), the root for Palermo’s present-day name. Following the Norman reconquest, Palermo became the capital of a new kingdom (from 1130 to 1816), the Kingdom of Sicily and the capital of the Holy Roman Empire under Emperor Frederick II and King Conrad IV (information taken from wiki). Nowadays Palermo itself is a city of more than 800.000 people whereas Sicily houses over 10 million. The long history of this place has left its essence everywhere. The food, the music, the attitude of the people is a surprising and interesting mixture of cultures and origins all united under the beautiful nature and moderate climate of the city.

Driving in Palermo can be quite a challenge and usual driving rules do not seem to apply here.

Extra care and fast adjust to local driving habits will buy you safety and offer you some adrenaline and fun. We chose electric bikes to discover the city as you can paddle everywhere and their acceleration is pure fun. Keeping them locked and insight is a must do as Palermo comes also with a notorious fame of stealing. We think this is, however, one of the things that make Palermo so appealing to us all, this small and indefinite sense of danger around you, makes you want to discover, visit notorious neighborhoods and try to look at things through a locals eye.

Some streets in the old city are spooky due to the condition of the buildings who appear to be deserted for years and ready to collapse but while you walk by in the night a sensor light will switch on in front of one of them and you cannot help thinking that this can only be a cover and try to imagine the story of the owner behind, is behind this door a drug dealer, a mafia protector or some business washing money? 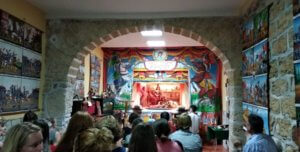 In Palermo, street food is a must do and we found ourselves often wanting to eat more than we could take. This superb gastronomical voyage brings enthusiasm and the amazing combination of what initially appears to be not matching ingredients in salads, sandwiches and baked delicacies soon leave you speechless asking for another round!

This place is blessed with amazing wines as well, so do not hesitate to ask for the local production or go to a local wine bar and do some wine tasting. “Terre Siciliane” was our choice and a nice couple of dozens plus, are now resting in our boat cellars waiting to be enjoyed in the right time with the right people!

Vucciria, Ballarò, and Capo are amazing fish, meat and vegetable markets in the heart of the City staying up late and offering the traveler and the locals delicacies and exceptional seafood, fresh oysters from their gulf included!

If you are into the mood to remember your childhood or you want to introduce your kids to the art of muppets playing, this is one more thing to do here. Families are known for their love for creating these “pupi” and running their theaters for almost a 100 years now, so don’t miss visiting a local ” Teatro” and watch one of their own script “Opera dei Pupi”.

The Patron Saint of Palermo is Santa Rosalia whose Feast Day is celebrated on 15 July. We need to be in Sardinia for our guests by then therefore although Roberto (the marina manager we currently stay) did all within his power to convince us to stay and experience this unique celebration we had to turn him down and keep up with our project. We knew the day we started planning our route that inevitably we would have to miss some opportunities but at the same time, we are given so much that we are far from moaning. 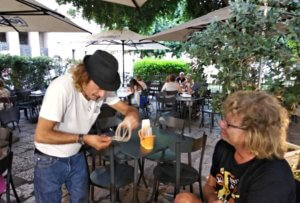 Today we are leaving Palermo behind with mixed feelings and beautiful new friends and experiences in our luggage. The new dishes we experienced we will implement in “my way’s” menu each time we have the fresh ingredients around and we will honor this city in its own way!

Once outside the port we will decide what’s our next destination for tonight, Sicily is far from having given it all to us, it just gave us a taste of what to expect and definitely has hooked us. With a promise to come back, we set sails.

Tagged under: Palermo, sailing with my way in Palermo, Sicily 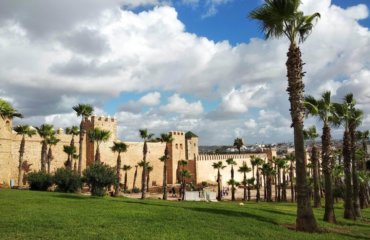 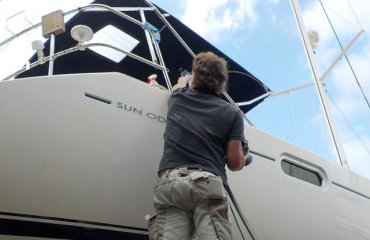 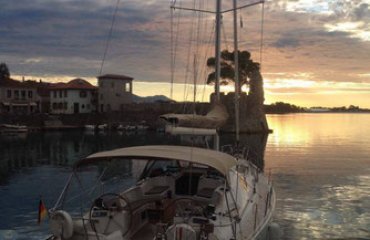